Book #37 of the year was The Memory Thief, by Emily Colin. I kept reading this book, about a man who dies in an avalanche but then is somehow still present, because I wanted to figure out what exactly the premise was. I guess the premise sort of made sense in a paranormal way, but it wasn't really my kind of book.

Book #38 was Jonathan Martin's new book, The Road Away From God: How Love Finds Us Even As We Walk Away. I am a Martin fan; I've read his shipwreck book at least five times. (You can see what I wrote about it the first time in this post.) This book is geared more for people who are thinking about walking away from their faith, for whatever reason. He takes as his metaphor here the story from the gospel of Luke when two disciples are walking away from Jerusalem after the crucifixion of Jesus. They meet a stranger on the road, who turns out to be the risen Lord. Even though they were walking away, Jesus still meets them. This book includes much more politics than the previous one, giving specific examples of why people have chosen to walk away from Christianity, particularly the evangelical flavor. Martin certainly knows his way around a metaphor, and this book is worth reading. Here's a taste:

"Life isn't plotted so all the movements are linear, telegraphed, obviously related. It's much more chaotic, clumsy, and ambiguous than that. We rarely know what's happening at the time, or really what we are doing or why, much less what anything actually means. But for most people I know who have been on the road, there has been a particular moment when they realized, with some kind of deep knowing, that there was no going back to the world as it was, the world as they knew it before. This was the moment that sent them out walking."

Book #39 was Ready Player Two, by Ernest Cline. This is the sequel to Ready Player One, which I read for my Adolescent Lit class back in 2012 and wrote about in this post. This one is more of the same, people living their lives virtually instead of IRL, neglecting the planet. There's more of the scavenger hunt content, based on movies and popular culture from the eighties. Like with the first book, I found myself wondering who Cline's audience is. Although I was a teenager in the eighties, I don't have nearly the encyclopedic knowledge of eighties lore than his characters do. The characters are a little flat, and there's lots and lots of wish-fulfillment in the playing and winning of video games, the endless amounts of money, and the adrenaline-fueled plot.

Book #40 was Shauna Niequist's I Guess I Haven't Learned That Yet: Discovering New Ways of Living When the Old Ways Stop Working. This is my second time reading it since it came out in April. (The first time, I wrote about it in this post.) This is a really good book. Here's Shauna: "I'm sad that this is a plot point I have to incorporate into the story of my life. That's the heart of it. I don't want this part. I want to stick my fingers in my ears like a child. I want to lock the door against it. You can't be a part of my story."

Book #41 was a reread, Persuasion, by Jane Austen. I don't even know how many times I've read it before. The last time was in 2019 and I wrote about it here. This time my reading was instigated by watching the new adaptation of the novel on Netflix. It has been much discussed on the internet. It was silly and anachronistic and I still can't say I hated watching it. And it made me read the book again, which is always a good thing. Austen is always a comfort read for me.

Book #42 was Kentucky poet Ada Limón's latest book of poetry, The Hurting Kind. Limón was just named the new Poet Laureate of the United States. I enjoy her work and have shared several of her poems before on this blog. This first reading of her book was rewarding, and I'll be reading it again.

Book #43, The Fight for My Life: Boxing Through Chemo, by Kelly Motley was written by a friend who is married to another friend I met in graduate school. I got to go to an event that Kelly did in Nashville promoting this story of how she fought breast cancer, using boxing and a macrobiotic diet. This is an intense book, and Kelly doesn't shy away from describing the agony she experienced. Sometimes I had to put it aside for a while because it is so intense! She emerges as a strong, indomitable woman facing a formidable foe. Probably the part that will stay with me the most is the epic saga of her hair. Her nutritionist said that her clients never lose their hair during chemo. I won't give away what happens, but just know that my words "epic saga" are appropriate! I liked the writing, the honesty, and the unflinching description.

Carol Varsalona is our host today and has asked us to reflect on the way summer nurtures our souls. I decided to go (mostly) wordless and show you some photos I've taken during cycling and birding expeditions in Kentucky and Tennessee this summer. 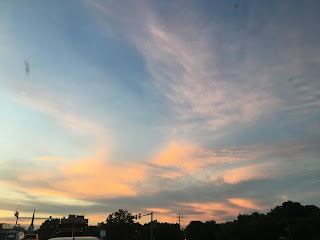 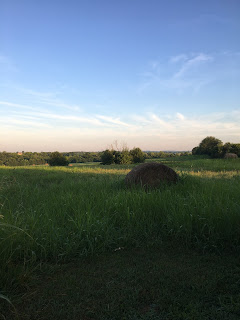 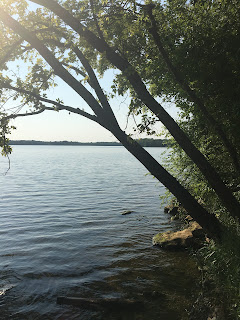 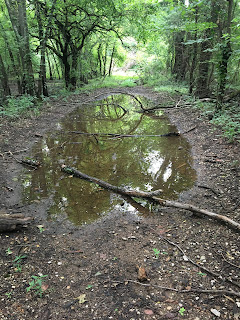 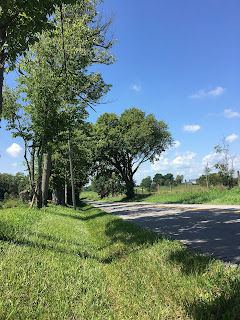 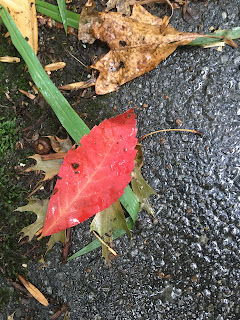 In that last one, you can see a foreshadowing of the next season!