Once you've been living anywhere for a while, you get the routines figured out. You have friends, a support system. You figure out how to get where you need to go, how to get your needs met, how to speak enough of the language for your purposes. Things are basically fine.

Until there is an emergency.

In the United States, we're very used to having someone to call when there's an emergency. Even though I personally have never had to dial 911, I know that when I'm in that country, in the event of a fire, or a crime, or a medical crisis, I could, and a calm voice would talk me through what to do. That's not the case in many (most?) places in the world. In an emergency, you find out how very much on your own you are. Yes, we trust God to be with us and He has protected us many times, but human services are less reliable than He is.

When we first moved to this country, an expat church sponsored a seminar to help newcomers learn what they needed to know. There was a lot of useful information, but one thing that has stuck with me even as I hope I'll never need to know it is that if you call the fire department, you'd better call a water truck too, since the fire engine might not have any water. People we know had a fire, and the truck did get there eventually, but not before driving about for long enough that the flames had pretty much destroyed the whole kitchen. And really, you can't blame the fire department, since most of the roads aren't marked.

Then there was a time a friend called us in a panic because armed men were breaking into her house. We called the police again and again, but they never answered. She lived close enough to us that we could hear the shots her fiance fired outside her gate. After stealing many of her valuables, the men left.

But the medical category is the one where I have the worst stories. There is good medical care where we live but you have to pay for it up front, and if the situation is an emergency, you'd better hope you are near to the doctor, because getting anywhere fast is a challenge. I have often heard, after motorcycle or car accidents, "He wouldn't have died if he had been in the States and received care right away."

Now you have a chance to contribute to buying an ambulance for a birth center in Haiti. Although the center is staffed by midwives who are very competent to deliver babies without a hospital getting involved, many of the women are high risk; in fact, many would risk out of midwife care in the States and would have to deliver with an OB. Therefore, these midwives are likely to have to transport fairly often. They need a reliable vehicle that they can fit out with medical equipment. To this end, a team will be running a marathon in Florida in January. Pick a runner to sponsor or just send a donation to the team. You can find out much more, including beautiful birth stories and information about the runners, by clicking the button below.

In an emergency, like a high risk childbirth, these women need help. They are tough and strong and live lives I could not survive, but they need some extra care at a very vulnerable time. Please help! 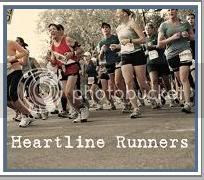 Merci Anpil ... I am going to write tonight about the specific situations that happen that we will need this designated vehicle.

Thanks for another beautiful post. I'm going to donate towards the ambulance.