I said a few weeks ago that maybe I would write my own chikungunya poem, and now I have. For anyone who isn't yet aware of this virus, here is some good information. Here is a recent summary of the situation in the Caribbean, and predictions of this nasty virus coming to the United States.

Everyone in our household except one has now had the fever (and yes, I've had it, too). My husband had a particularly bad case, and was the inspiration for my poem. 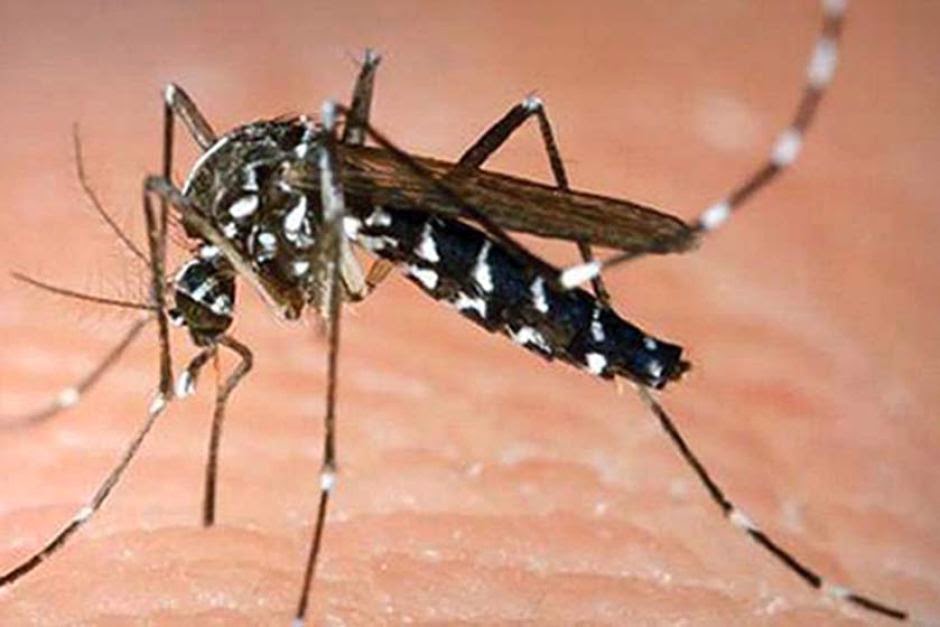 My Husband Gets Chikungunya

Everyone’s getting it,
And then Steve does too.
The virus is a mosquito-borne history lesson,
A recap of all the injuries this body in its fifties has sustained.

The right arm that snapped while playing airplanes with Don
The summer between first and second grade,
Now aches as though Steve has once more been propelled through the air
And crash landed.

The two fingers broken in a car accident in college,
When, going too fast, he went off a bridge on a back road in Tennessee,
And the collar bone from that same impact,
Burn again with pain as he relives that night,
A blur of memory now:
Crawling out of his car;
The nurse fainting
As she held his bloody hand, nerves exposed;
Calling his mother.

Random knee injuries and ankle sprains
From years of basketball and softball
Return to haunt him
As he lies in bed, feverish and exhausted.

Some of these wounds predate me,
Like the conked head from falling out of a shopping cart as a two year old,
But some I was around for,
Like the broken coccyx on a cycling trip.
All, all hurt again,
As though to say,
Congratulations on surviving, zanmi mwen,
Tough old guy,
How many times could you have died already?
How blessed are you?

He moans, takes Tylenol, drinks the water I bring him,
And emerges,
Victorious,
Spent and covered in a rash,
From the ordeal of
Chikungunya.

Today's roundup is here.
Posted by Ruth at 3:27 AM

Wow that's a lot of serious injuries. Your husband is lucky to get through all that unscathed. Great poem.

I'm glad Steve has emerged victorious, both from chikungunya and from all that painful history! Good job turning a fever into a poem, Ruth.

Thanks for the poem, Ruth. The virus sounds SO nasty. Have been hearing about it on the news. Glad your husband has made it through -- but sorry to hear about his suffering.

Here's hoping that YOU don't have to relive your own catalog of past injuries, thanks to this nasty virus!


That sounds nasty! What a great way to memorialize it (and way more considerate to your husband than a photo, I'm sure).

(And what did you go through when you had it? Every birthing experience relived? :)

"He emerged victorious" - I was waiting for that bit...it all sounds rather awful, and I'm glad that it's over.

Wow. Your catalog of his injuries makes for a very powerful poem. I'm so glad he emerged victorious!

Ruth, that is an amazing recounting of injuries that plague one body. Flashes of pain from my bunionectomy and knee replacement were relived during the poem but alas all ended well. It was a blessing that your husband survived so many injuries and the chikungunya rage.

Oh dear Ruth, I am sending you healing thoughts and energies that give light, wellness, and laughter. Your family has suffered such an ordeal with this disease - I truly hope that the most difficult time is over for you and your loved ones.

How you managed such a beautiful poem from a slew of nasty experiences is beyond me.

I re-injured my back recently, so this section of the poem struck me, Ruth:

All, all hurt again,
As though to say,
Congratulations on surviving, zanmi mwen,
Tough old guy,
How many times could you have died already?
How blessed are you?

I hope everyone is doing better.

I vote for your poem as poem of the week and against your having any more chikungunya to write about.

I've never felt so much pain in my life. It started with my arms hurting as if I had lifted something really heavy or made a big workout. Then my leg started hurting. I went to sleep, woke up the next day and BOOM it feels like a train ran over me while I was asleep. My chest hurts, its very difficult to walk, whenever I move it hurts and the worst is that i broke my coccis (worst pain I've experience in my life before this) but now, its that pain from my coccis + everything else. It's really scary the virus something so tiny as a mosquito can transmit to a human, and really, really painful. This is just 2 two...My mom has had it for more than 2 weeks, my dad is sick, and my two brothers were sick. We're from Puerto Rico