I went back to work this week, and kids come back next week, so I expect my reading rate to slow down.  This has been the biggest reading year I have had in a while, and I've speculated before on this blog that that may have something to do with several events in my life that I've wanted to escape from.  I generally average about a book a week, and so far this year I have read 109.  Here's the latest nine books:

Book #101 of the year was What Comes Next and How to Like It: A Memoir, by Abigail Thomas.  The library didn't have the Kindle version, but only another funky format that I had to read on my laptop screen.  Even so, I liked it.  It's about a long friendship, a platonic male/female friendship that survives over thirty-five years in spite of all the things that life brings.

Book #102 was Four Seasons in Rome: On Twins, Insomnia, and the Biggest Funeral in the History of the World, by Anthony Doerr.  This is Doerr's book about his time in Rome on a writing fellowship.  I recently read both of Doerr's novels, and I enjoyed this book, too.

Book #103 was The Gifts of Imperfection: Let Go of Who You Think You're Supposed to Be and Embrace Who You Are, by Brené Brown.  This is Brown's book on wholehearted living, and it covers a lot of the ground from her first Ted talk, though obviously in more detail.  Good stuff. 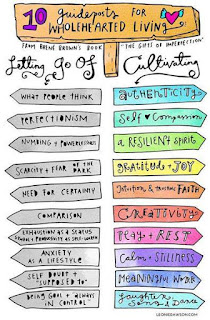 
Book #104 was The Odyssey, which my daughter and I read aloud to each other in the Fagles translation.  We enjoyed it immensely.  I wrote some about it here.

Book #105 was Arcadia, by Lauren Groff.  It's about Bit, who grows up in a utopian commune in the 60s.  We get to follow the rest of his life, too, as a grownup.  I really loved this book; it was beautiful and I appreciated the portrayal of long-term relationships.  I didn't grow up in a commune, but I did grow up in a subculture that's different from the mainstream, and as such I could relate to some of the struggles the characters experienced.  (Thankfully, substance abuse isn't one of the struggles I can relate to.)

Book #106 was What She Knew, by Gilly Macmillan, a book about a woman whose eight year old son disappears.  This moves quickly and there's more going on than meets the eye.

Book #107 was No-Man's Lands: One Man's Odyssey Through The Odyssey, by Scott Huler.  I liked this very much, and wrote more about it here.

Book #108 was Eligible: A Modern Retelling of Pride and Prejudice, by Curtis Sittenfeld.  Lizzy and Jane behave in ways and use language that Jane Austen would not approve.  Reality TV is involved.  Why do I read so much Jane Austen fan fiction?  I have no idea, but I just can't resist it.  This was less disappointing than most, I have to say.

Book #109 was Present Over Perfect: Leaving Behind Frantic for a Simpler, More Soulful Way of Living, by Shauna Niequist.  I had pre-ordered this in February, it came out on Tuesday, and I already read it.  I can relate to a lot of this, and there are things in it that I need to think more about, so I'll probably read it again.
Posted by Ruth at 11:12 AM