At my wedding, the congregation sang this hymn, one of my favorites, and my husband's absolute favorite.  The lyrics talk about the love of God as an ocean, "vast, unmeasured, boundless, free."  I love the tune, but really music to me has always been more about the words, and when I start thinking about the music which has been important to me in my spiritual journey, I am amazed by how many hymns I can recite, sometimes several verses.  Those words are in my head from years and years of repetition throughout my life.

When I went looking through my blog archives for writing about hymns, here's some of what I found:

Back in 2007, I quoted from this hymn, "New Every Morning," commenting that it gave a rather "dreary" picture of everyday life.  A couple of days later, I tried to explain a bit more about what I meant.  Here are those posts: the first and the second.

In 2008 I wrote this post about something we had sung in church.  We were using videos with lyrics at that time, and this one had substituted "the lowest hill" for "the lowest hell," which was what the original lyrics say.  I also criticized their punctuation, which caused an inadvertent change in meaning to the song.

I've written a couple of posts about the hymn "Abide with Me," which we used to sing in boarding school whenever we had evening chapel.  This one was from 2009 and this one from 2012.

Did you know that Charles Wesley wrote earthquake hymns?  I learned about them in 2010 after the Haiti earthquake.

And speaking of earthquakes... In 2010 I wrote a post about "Oh, the Deep, Deep Love of Jesus," the one with which I started this post, and also one about "My Faith Looks Up to Thee," one about "O Love that Wilt Not Let Me Go," and one about "My Song is Love Unknown." I was struggling so much in those months right after the earthquake, and the words of hymns helped me week after week.  I wrote some more about that in this Easter post from 2011, quoting the hymn "In Heavenly Love Abiding."

In this post, I wrote about a friend who was stuck under rubble in the aftermath of the earthquake, and the hymn words that kept going through his mind.

There are more posts about hymns, but these examples give a pretty good representation of how important these words are in my spiritual life, even though it's been a long time since hymns have formed the majority of the music in the churches I've attended.  There are many ways I experience this "deep, deep love," but church music is high on the list. 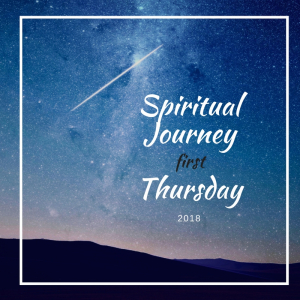 Wow, Ruth, I love how these hymns are inside you and bring you comfort and joy... so many posts! And earthquake hymns... who knew? Hymns ARE poems, aren't they? Thank you for sharing this, Ruth, Who Is a Hymn. xo

The words are what get me, too. There is truly such poetry in hymns! Thank you for sharing your favorites - One of mine - "Fill My Cup, Lord".

Well, I'm definitely bookmarking this post so I can come back and read all those riches from your Archives! I love how you've connected specific hymns to incidents in your life.

Ruth, what you could do someday is make a pictorial memoir of your life (a slideshow with your great photos) and use the hymns that you name here as background music.

Thank you, Ruth. What a beautiful hymn for your wedding, such a celebration of the love of Jesus and what it means. I listened to the entire video and wanted to dance with the music, the words, the truth it rings in my heart.

Thank you, Ruth. I, too, grew up singing hymn in church and have so many of those words tucked away in my memory. And even though hymns are not the primary expression of praise in my church experience these days either, sometimes at night before I sleep or in the morning before I get out of bed, I find one or another of those hymns slipping in and out of my consciousness. I want to go back and read about the earthquake hymns. I had not heard of those. Thanks for sharing your memories, your posts, and your music.

I too love the words from hymns that fill my head. I look forward to visiting the links to so many posts about music in your life. Just like you commented, church music is one of my favorite ways to experience the love of the Lord.

This is beautiful Ruth. I Love to Tell The Story is one I can recall immediately from singing in the child & then youth choir. I especially liked to sing loud when we got to Glory, for some reason What I like about memorizing the words, through singing (or I guess, listening) is that it keeps the hymn alive when there is no piano or organ to lead you along. love.