As I was thinking about the themes in the new anthology Imperfect, which I reviewed last week, I remembered a poem I wrote back in 2011 about confession.  I had fun writing it because of the combination of my French class in high school and words from the General Confession in the Book of Common Prayer.

Even after twenty plus years living here in Haiti, I still often get a sudden jolt of pleasure from the realization that I live in a francophone country and get to speak three languages (English, French, Kreyol) every day.  How amazing is that?  This poem began with one of those moments of realization.

Today I answered my phone
and briskly told the caller he had the wrong number.
"Vous vous êtes trompé, Monsieur."
Sir, you made a mistake.

Then I had a flashback to my high school French class,
when we spent a whole period drilling
the verb se tromper,
reflexive, literally meaning
to deceive oneself.

Back then, memorizing lists of francophone countries,
I didn't know I'd live in one of them
and use those phrases I'd learned.

But it might have been more useful to practice
saying that I,
the first person singular,
had messed up.
Je me suis trompée.
I deceived myself.
Translated: I made a mistake.

Through ignorance
through weakness
and through my own deliberate fault.

At sixteen I didn't know
how often I'd have to say
those words in my life,
in whatever language was appropriate.

I have the wrong room
the wrong number
the wrong date.
I have said the wrong thing.
I spoke too soon, or not soon enough,
Or not at all.
I fell short.
I sinned.
I am, quite simply, wrong.

I was mean, I hated,
I was selfish and petty,
I was ungrateful and unkind.
My thoughts, if they appeared on the blackboard
of my high school French class,
would embarrass me.

Oh sir,
mysterious caller,
you do indeed have the wrong number
But little do you know how very minor
is your offense
compared to my own.
Forgive me, oh stranger on the telephone,
For indeed,
Je me suis trompée.


This is completely unrelated, but I can't help sharing the ghazal my daughter texted me for Mother's Day.  (She's been in a ghazal mood for a while, as you can see by the one she sent me back in April, and that post has a link to some information on how ghazals work, in case you aren't familiar with them.)  This one is by Aimee Nezhukumatathil. 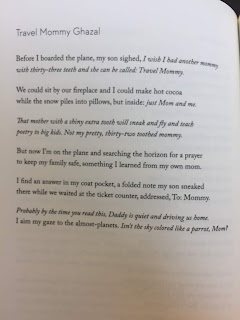 I have Poetry Friday off this week to celebrate the Haitian flag. 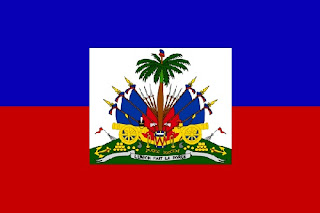 Fine poem, Ruth! I speak a little French and love your musings and the rhythm of your thoughts.

Self-reflection is a good thing, and your poem shows some humor which is good, along with that seriousness when one realizes and confesses weakness. The poem from your daughter is a form of reflection, isn't it, but answers that reflection so well, doesn't it? Thanks, Ruth!

You and me, Ruth, we're full of confessions today, aren't we? But yours has so much more... je ne sais quoi. ;) Jama said it best, I think. I, too, enjoyed your musing and the rhythm of your thoughts.

I love your poem, Ruth. A wee bit hard on yourself, though, oui? Nous nous trompons tous.

I love your poem and can hear it in your voice. Wish you were close enough to teach my youngest in French!

I adore poems that bring in another language....just enough that the reader can translate through context. And OH, the things we do not know at sixteen that we will need to apologize for. Such a wonderful poem and confession. Very human. Well done.

Your poem is fantastic, Ruth. Thank you for sharing!

I love your poem--such a powerful self-reflection. And I am envious you get to speak three languages! I've forgotten most of my high school French and am currently trying to teach myself Spanish, but I don't have much opportunity to practice.

What a wonderful poem! I love your thoughts about mistakes and how you wove them from present to past and back again. Such powerful reflections. PS--Lucky you to speak three languages every day :)

A beautiful and moving poem Ruth, though I agree with the comments above to allow yourself more levity. Thanks for sharing the ghazal, I've written one and will have to try another sometime.