I've been writing a lot in the past few months about birds (here's my latest original bird poem), and today I spent the whole day birding (except for a brief break for Zoom church). A Facebook group I've joined, #BirdTheFeckAtHome (encouraging people to stay home instead of going out on birding expeditions that might break social distancing), had a special Big (Sun)Day today. The administrators drew a line down the center of the world map and put us in Teams East and West, and we competed for the number of species we could see from our homes. As I'm writing this on Sunday night, my daylight hours are over, but there are still birders out there. Team East is ahead as I'm quitting for the day, but that could still change! Go Team West!

I'm not sure of all the reasons why birding is so comforting in this difficult time. First, I suppose, it just takes your mind off what's going on, just the way any pastime would. But it's more than that. Partly it's because it requires you to be only where you are. You're completely present in the moment watching something that probably nobody will see if you don't. There's also something about the way the birds' lives are going on completely normally; if anything, life is better for them these days because there's less traffic on the streets and probably fewer fumes for them to breathe.

The fact is, I have been struggling a lot with how this virus is likely to play out here in Haiti. There was a BBC article about it that I won't link to because I don't want to look it up again. You can find it easily, and it might make you cry as it did me. There's nothing I can do about it, and I feel guilty about the privilege that lets me sit in my yard watching birds when so many face lives that are already unimaginably difficult, and probably about to become worse.  I read it on my birding chair, with my binoculars around my neck.

I had anticipated at least a little boost in my spirits last weekend on Easter Sunday, but not so much; it was one of the worst, saddest days yet. But there were a couple of exceptions to that; one was talking to my US family on Zoom, and the other was staring through my new binoculars (a birthday gift from my husband) at a Hispaniolan lizard cuckoo that suddenly appeared out of nowhere. I could see every feather on that bird, and the supercilious expression on its face as it peered down at me from the tree. My heart leapt. I was so thankful for that moment, which I took as a gift from God. I believe in the resurrection, Easter's best gift, but I also needed that reminder of God's creative love in the here and now.

Here's a bird poem that's open right now on my desktop. I think Jane Hirshfield is onto something here with her description of nature and its indifference to our preoccupations. That Hispaniolan lizard cuckoo isn't really looking at me superciliously; it's not interested in me at all. For some reason that makes me feel better. (I think her falcon is interested in her more than my cuckoo was in me, considering that it's sitting on her head.)

Incapable of betrayal: a tree.

Incapable of holding a secret: a stone.

Without contempt for self or other:
an ant, a bee.

Here are the lines for the Progressive Poem, from Tabatha.

1 Donna Smith at Mainly Write
2 Irene Latham at Live Your Poem
3 Jone MacCulloch, deowriter
4 Liz Steinglass
5 Buffy Silverman
6 Kay McGriff at kaymcgriff
7 Catherine Flynn at Reading to the Core
8 Tara Smith at Going to Walden
9 Carol Varsalona at Beyond Literacy Link
10 Matt Forrest Esenwine at Radio, Rhythm, and Rhyme
11 Janet Fagel, hosted at Reflections on the Teche
12 Linda Mitchell at A Word Edgewise
13 Kat Apel at Kat’s Whiskers
14 Margaret at Reflections on the Teche
15 Leigh Anne Eck at A Day in the Life
16 Linda Baie at Teacher Dance
17 Heidi Mordhorst at My Juicy Little Universe
18 Mary Lee Hahn at A Year of Reading
19 Tabatha at Opposite of Indifference
20 Rose Cappelli at Imagine the Possibilities
21 Janice Scully at Salt City Verse
22 Julieanne Harmatz at To Read, To Write, To Be
23 Ruth at thereisnosuchthingasagodforsakentown.blogspot.com
24 Christie Wyman at Wondering and Wandering
25 Amy at The Poem Farm
26 Dani Burtsfield at Doing the Work That Matters
27 Robyn Hood Black at Life on the Deckle Edge
28 Jessica Big at TBD
29 Fran Haley at lit bits and pieces
30 Michelle Kogan at moreart4all 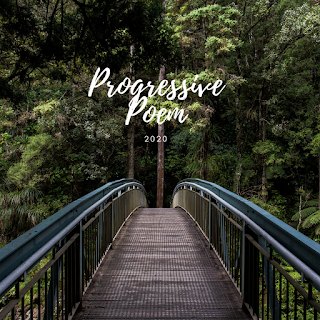