The night seemed to go on and on, with the rain falling constantly. I discovered a spot where the roof leaks that I didn't know about before - I guess it only leaks at times when the rain has been going on for almost 24 hours and the whole world is saturated.

Yesterday I was talking to a Haitian friend of mine. She is planning to go to the Plateau Central, where she is from originally, to visit her family. Because I care about her, and because she'll be traveling through cholera country, I began to nag her about hand-washing, being careful about what she eats, watching her 2-year-old and being sure he is safe. She told me that she had talked to her brother on the phone and asked him about what kind of arrangements he had for purifying water. He told her that blans (literally, white people, but the word is used for any foreigners no matter what their color) had come around bringing water purification tablets. But he also said that many people were scared to use the tablets because they said that the blans were trying to kill the Haitians. She reassured her brother and told him to go ahead and use them. I wonder how widespread that kind of suspicion is. I have heard many stories of people introducing new water systems and making a point of trying the water themselves in front of the local people, to prove that it really is safe. It seems that this is not a waste of time, and if anybody distributing water purification tablets in the Plateau Central is reading this, you might try it!

It's only the 6th of November and this is already my twelfth post this month. I think that NaBloPoMo is completely unnecessary for someone like me. Instead we should have NaQuiBloPoMo, or National Quit Blog Posting Month, to encourage me to quit writing so often and allow people who want to keep up with my blog a chance to do something else with their lives as well. I just seem to be having an eventful year and to have something to say all the time. 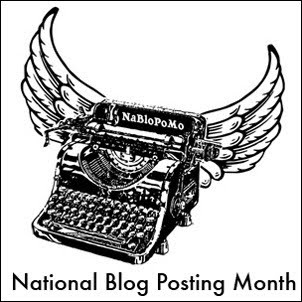 eventful? to say the least! I am glad you are blogging so much!