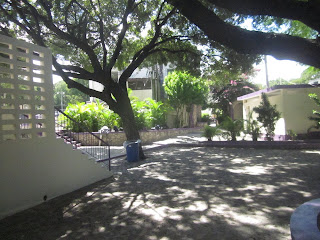 Photo I took yesterday from my classroom window

Two years ago, I wrote for Poetry Friday about the first time I shared the poem "After the Blizzard, Outside my Window," by Lesléa Newman, with my seventh graders. You can find that poem in The Poetry Friday Anthology for Middle School. It's a sonnet, and it describes the natural world after a snowstorm, as seen through the window. It concludes with the couplet: "To think that all of this is mine for free/ The world is so much better than TV!" In my 2016 post, I told you about my students' response to this lovely poem, and to my suggestion that they could write about what they see out of their windows (not blizzards, here on our tropical island). I wrote a response to their response, and then last year I shared Newman's poem again with my new class, plus my sonnet. I asked them to write in their notebooks about what they see out their windows, and then I used what they said to write another poem. (A vocabulary note for the second one: a djab is a spirit.)

Today, I shared the original poem and my two responses with my current class of seventh graders. They didn't have much to say, but I'll keep you posted on whether I get some window poems from them in the weeks to come.

Here is the poem I shared two years ago, and the one I wrote last year.


Why I Can’t Look Out the Window

You say the world is better than TV
And I imagine that you haven’t lied
But when I go out on my balcony
My mother tells me to come back inside.
She worries about kidnapping and such
And anyway, all I can see is wall
Topped with barbed wire, painful to the touch,
And really, there is nothing else at all.

Well, there’s a power line, and there’s a bird
And blue skies way up there, with wispy cloud
But Mom is asking if I haven’t heard.
I’d look some more, but I am not allowed.

I will explore the world once I am able
But while I’m waiting, I’ll make do with cable.

I asked my students what they see when they look out their windows.

One said he sees a market,
with people who sell spaghetti
and get into fistfights over soap.

One said her window is a normal window during the day
but one night, something smashed into it and broke it,
and she doesn’t know what.

One said as she looks out her window,
her grandmother tells her to stop looking,
because the djab will see her
and take her soul.

One said he once saw thieves
taking the headlights off
the family car.

One said he saw
a cat catch a bird.


They all agreed there was nothing interesting outside their windows.


One said that whenever her grandmother visits from the United States,
she gazes out the window for hours,
staring at boring old Haiti.

“Granmè,” my student says,
“What are you looking at?”

“The mountains,” replies her grandmother.
“They are so beautiful.
And there’s always something different to see.”

Isn't it funny how relative that term "interesting" is. We can look at a view day after day, year after year, and never really see what's right outside. Now I want to try an exercise like this with my writing students.

I love the mixed perspectives your poems (and your students) offer. And I am left thinking of the windows in my apartment. there are only two. The back one can only open an inch or so because there is a concrete wall behind but I glimpse, to one side, an intriguing building behind. The other is a full length glass wall on the front of my apartment from which I can watch a lake, and traffic, and people going by down below. Such contrasts!

It is all about the way we look, isn't it? And the age of your poets, you & what students have seen, impactful to me, but nothing interesting. . . I don't remember your sharing before, Ruth, so love that I now have the chance to read them all. Thanks, will look to see if you post some from those new students.

Wow, that's a lot of very interesting "not interesting" things in that poem! I love the variety and wonder... Thank you, Ruth! And that photo! I adore it. xo

Very cool project, building year by year. I love the grandmother who watches the mountains. (What's a djab?)

Enjoyed these poems. What a great way to think about perspective. Each stanza in the second poem tells a little story (so much for seeing "nothing interesting").

A djab is a spirit. I'll put a note in the post.

Love that you're sharing your window views with your students before they write. I spend a lot of time looking out my window before I write too! That first poem made me so sad...

I like both poems, and really enjoyed the second especially how it ended and what the “Granmè,” sees–


“The mountains,” replies her grandmother.
“They are so beautiful.
And there’s always something different to see.”

Wonderful play of light in your image too, thanks Ruth!

I commented before....don't see it. Apologies if it shows up later!

I love the perspectives and the back and forth you have with your students. Poetry is such a great place to accomplish this. That's the gist of what I said.

I am realizing more than ever that I am missing the sight of the mountains. Living in an urban cityscape like Singapore can have its perks, but my spirit longs for the mountain and the sea.

The sun's not up yet, but I know from yesterday that outside my window right now is a tree that is every shade of orange and yellow at the top and still green at the bottom.

My students and I are going to be writing poetry for the next couple of weeks. Maybe after they get past their trepidation (reluctance) we'll see if we can write some "outside the window" poems!

Right now it is dark outside my window and all I see is my reflection...that in itself might make an interesting poem. I love how your and your students' response grow and change in conversation with each other and the original poem.

The details you captured from your students' responses are wonderful. I still remember the window-view at my grandmother's house, from when I was a child. It's a great topic to write about!