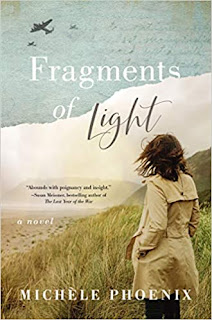 This absorbing novel, Fragments of Light, by Michèle Phoenix, is about several types of survivors, and it explores the fact that surviving isn't as simple as just making it through. Often the trauma you've survived leaves scars on you and those around you. In Ceelie's case, the trauma was cancer, and she's just starting to come to terms with all the scars her illness left on her body, her mind, and her marriage. Right there for her is her friend Darlene, and it's through this friend that she learns about another survivor, this time a veteran of World War II. Coming back alive was just the beginning for him, too.

Whether she's writing about the French résistance in 1944, a hospital room in Illinois, a trip to Normandy, or the emotional minefields of a long marriage or a new friendship, Michèle Phoenix sensitively navigates what it means to survive. What comes after you ring the bell saying you've "Completed Treatment" or after you've left behind battles fought and won?

Get to know Ceelie, Nate, Darlene, Cal, Sabine, Lise, and others with struggles to go through in this beautiful book. The journey of a survivor is rarely neat and tidy, and can take you to some unexpected places. Find out why one of these characters concludes: "Survivors deserve crosses too."
Michèle Phoenix grew up as a TCK in France, and in addition to her career as a novelist (this is her fifth book, and the second I've read - this post contains a brief review of the other one), she works as a speaker and therapist specializing in TCK issues. She's also a breast cancer survivor. She knows complexity, and she knows survival.

Watch this video of the author meeting a veteran called Albert in Normandy. He was one of the inspirations for this novel, so much so that she even named a character after him.
I got an ARC of this book from Netgalley.com in exchange for an honest review. This was book #29 I read in 2020. 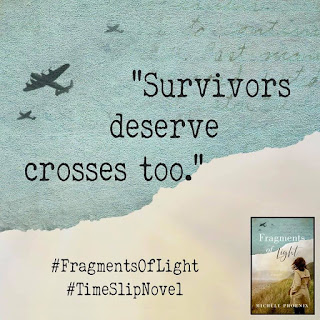