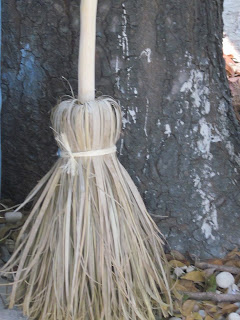 Today's post isn't really from tabs I had open on my desktop; in fact, I had to open more tabs in its creation. Typical! I generally do open more tabs faster than I close the ones already open.

When I was doing my daffodil begging (see this post for that tale), a friend sent me some forsythia instead; this was the same friend who didn't want to sneak into her neighbors' yards to take pictures of their flowers - go figure! 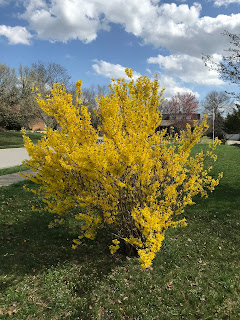 Perfect, I thought, I'll post some forsythia poems! The first one I thought of was "Naming of Parts," by Henry Reed. Imagine my surprise when I looked it up and learned it isn't forsythia at all in that poem, but japonica! All they have in common, that I can see, is that their names are the same number of syllables, with the emphasis in the same place, and that they both bloom in early spring. Both facts are important to this poem. I think the most common adjective used online to describe this poem is "much-anthologized." Certainly I read it in school, at a time when I had no idea what either japonica or forsythia looked like (see the photos - forsythia above, japonica below). 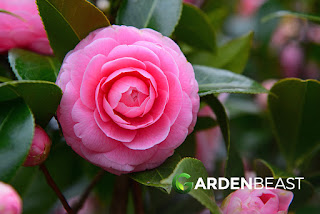 In the poem, there's a jarring juxtaposition between a training session in weapon use for soldiers (today they're learning the parts of a gun) and the japonica blooming out of control. The poem starts this way:

Today we have naming of parts. Yesterday

we had daily cleaning. And tomorrow morning

We shall have what to do after firing. But today,

Today we have naming of parts. Japonica

Glistens like coral in all of the neighbouring gardens,

And today we have naming of parts.

It caught my eye a while ago, lit up

against the gloom of woods

in the corner of a wide field,

the pulsing color of caution.

And now that I have spent a little time

on this stone wall watching its fire

flare out of the earth

I begin to think about the long chronicle of forsythia,...

Here's the rest. You'll have to click through to the second part of it in this facsimile of the Poetry magazine spread it appeared in back in 1995. I love how Billy Collins, in his inimitable fashion, explores the associations forsythia has in his mind. The poem ends this way:

as I feel the syllables of yellow form in my mouth

and hear the sound of yellow fill the morning air.

flocks down the lane

laps around the block 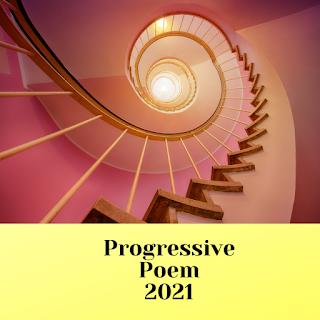 And here's a roundup of some of the amazing, creative projects going on during NPM this year.
Posted by Ruth at 4:00 AM

I'm sitting here watching the birds at my feeder, thinking of you perhaps watching birds out your window or at your outdoors somewhere. I don't know if I've ever seen Japonica, but that poem is about loving something beautiful that guns are not, I hope. Billy Collins makes it easy to love poetry, his tiny shares of moments please every time. There is the last poem which is wonderful, but really, I love the title most: "Finally the forsythia". What we say in spring! Thanks so much. Ruth!