Old Eagle is No More

Eagle Market was one of the first places we went when we moved to Haiti. It was a grocery store in our neighborhood; we could walk there and often did. For at least ten years the building has not been a grocery store, and Eagle Market, where we still shop, exists in a different location. But the building was still called "Old Eagle" by everyone.

I thought I didn't have any "before" pictures of Old Eagle, but then I realized that I took a few after the food riots in April 2008, to document the windows the rock-throwing protesters broke. 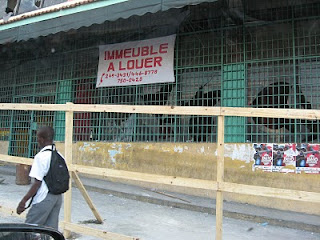 This was long after this building ceased to be a supermarket, and you can see that there's a sign on it offering it for rent.

The last time I went to Old Eagle was in December of 2009. One of our alumni had set up a business there (the building was owned by his family) and we sat in his office and listened to him talk about his dreams for the future.

Old Eagle was badly damaged in the earthquake; I was never comfortable driving by it after that, because it looked as though it might collapse at any moment. It had to come down because it was dangerous. And today when we drove by, it was a pile of rubble. 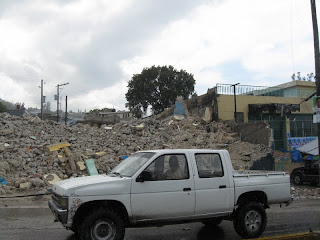 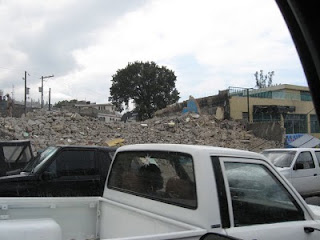 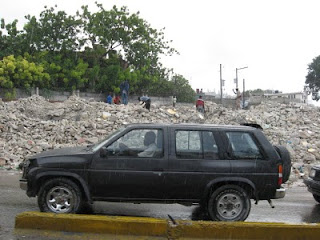