Poetry Friday: My Earthquake Poems for the Eighth Anniversary 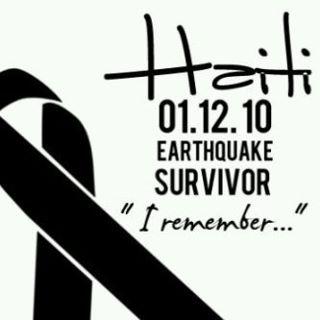 January 12th will never be an ordinary day to me.  It is the day that I learned about earthquakes. Today, on the eighth anniversary of January 12th, 2010, I want to share some of the poems I wrote in the months afterward.  For years, it seemed that everything I wrote had something to do with that awful day, whether I started out intending that or not.

One of the changes that the earthquake made in me was that I became much freer about sharing my writing.  Before it happened, I hardly ever shared my poetry.  I didn't even tell where I lived, let alone show my soul the way poetry does.  It was a huge step for me to post this poem about the Hotel Montana at the end of January, 2010, and I even said in the comments that it was scary but that I found the courage to do it because of what my friends in Haiti were doing.

I don't know what you know about Haiti.  Lately some hateful things have been said about the country and its people, but take my word for it, as someone who has lived here a large percentage of my adult life: Haiti was a beautiful country before the earthquake, and it remained a beautiful country after the earthquake.  It was full of beautiful, courageous, strong people before, and it still is.  But there was something about that "earthquake time" that was special; people came together in amazing ways to help each other and care for each other.  It was unforgettable.  I won't ever forget it, and neither will anyone else who was here and who saw it.

These poems are about my own experiences.  I wrote about what happened in prose here and here and here, and then rehashed it again and again through the whole rest of that year.  There are many posts in my archives about the situation in Haiti and what was happening to other people, but my poems are very personal and don't reflect anybody else's views or experience.

In April 2010, I posted Earthquake Vocabulary.

In May I posted Morning, about missing my husband while I was in the US and he was still in Haiti doing relief work.

In November I was back in Haiti, still struggling with the emotional aftermath, and I wrote Wave. Later that month I wrote Ordinary, about how much I appreciated the normal day to day aspects of my life after being away from home for so long.

In January 2013, for the third anniversary, I shared This Quilt.

In December 2013, I posted Sounds from this House. This is an example of a poem that I didn't expect to be about the quake at all when I started writing it.

In January 2014, I shared my poem about being evacuated from Haiti after the earthquake, called How to Pack an Evacuation Bag.

In March 2015 I posted Tears.  This one wasn't explicitly about the earthquake, but it's certainly one of the things I do still cry about, even now.

For last year's anniversary, I wrote Memento Mori and How Long Healing Takes in Port-au-Prince.

I've written much, much more - poetry and prose - about the quake.  Writing was one of the things that kept me sane, and continues to do so.

On Sunday we gathered with our church family and shared many stories of our memories from that time.  My husband commented that there are things you get over, and things you never do, and perhaps January 12th, 2010, falls in the second category.  While we go days or weeks now without thinking about it, it's always a part of who we are.  It changed everything.

Photo credit: I'm not sure who made this image, but it is widely used every year as a profile picture on Facebook.
Posted by Ruth at 1:00 AM

I remember your poems when I first started following your posts and learning about your life in Haiti on your blog and on FB. And with my learning, without any real connection, I remember this date, too. There are times we don't forget, I agree. I'm glad you began to share, Ruth, so we can know truth from someone who was there. Hugs to you this day!

Appreciations for your celebrations of Haiti & your remembering through poems, struggles, too.

We all wrap our arms around the community that has given the world so much, especially in vibrant visual art & music & culinary
delicacies. Through beautiful photographs & visual art, I have visited. Here in Florida many people
have art from Haitian talents on their walls. Brava! to Haiti, at this time of remembrance, for the strong people of this
enduring country.

(May distasteful words never be said from the highest office in our land, again.)

Ruth, I have been in such a depressed slump since yesterday after hearing the hateful things. I know that we are supposed to know that hate is part of that speaker's territory and ignore it. Words just hit me stronger and deeper and I'm so sad that there feels like nothing can be done today. I so appreciate that the earthquake woke you...as a poet and as an open person. I've learned much from your wisdom and I enjoy stopping by this blog weekly. Please give some person you see a word from me that they are loved by the real people of America. We do not all hate.

Thank you for sharing this - you've shown such courage in sharing your heart with us. Some wounds never heal, and all we can do is find comfort in whatever forms we can. Thank you for giving us an insight into a nation that so many of us have never visited, countering the words of hate that seem to be all around.

Hi Ruth, I am glad you've made a comprehensive round-up of what you have written over the years about your experiences living in Haiti - definitely much needed. Thank you for this post that is filled with light, optimism, and resilience. Sending you good thoughts always, and Happy New Year!

I am thankful that you have chosen to share your heart and your life in Haiti with your poems. I have learned much from you. I can't imagine what it would have been like to live through the earthquake. I know that the glimpses we get through the news is fragmented and not nearly the whole story. Your poems open up the door to greater understanding.

Thanks for this post, Ruth, and all the links back to your earlier posts, which I clicked through and really felt like I knew so much more about you and about haiti. Your writing is so heartfelt!

Thank you for being brave and including us on your journey. Maybe it's time to submit a manuscript???

You are a light, Ruth - thank you for sharing truth and beauty with us, & your students, & family, others... yours is an important voice.

Your poem "Tears" moved me in its matter-of-fact style, it's seriousness and it's irony "non-foot version of Alice." Thanks for sharing this poem and the others, you've given us a clear window to take in.

Trauma changes us forever. I experienced trauma and loss at 4, and I remember how innocent I was before. Waking up alone. Not knowing whether I would ever go home again. Knowing that life would never be the same. Long afterwards, after much healing, each day has felt like a miracle. A treat. A privilege to be alive and part of a vibrant and beautiful world. You have more riches in your soul than an unhappy, junk-food-eating bully could ever understand. I don't know for sure if he said those things or not, but they are just wrong. You poetry is beautiful, insightful and full of humanity.

What an amazing collection, Ruth. These would make a beautiful book.