Book #3 of 2018 was Patched Together: A Story of My Story, by Brennan Manning.  Few people have expressed God's grace like Manning.  As someone who needs God's grace every single day, I appreciate his words.

Book #4 was Caribbean Style, by Suzanne Slesin and Stafford Cliff.  I decided that this year I want to take some time to read through the text of the beautiful art and photography books I have on my shelves.  It makes me happy to look at the gorgeous photos in this one, and I would imagine that if you live somewhere cold and snowy, this book could provide some helpful therapy.  Published in 1985, it is out of print, but it looks as though you can get an inexpensive copy on Amazon. 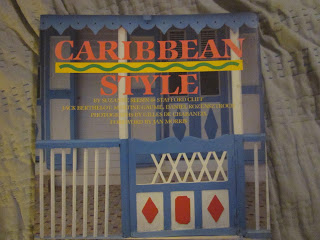 Book #5 was Stoner, by John Williams.  I checked this out of the library after reading about it in a list of books every teacher should read.  I do appreciate books that explore how it feels to teach, the kind of inner battles that it's possible to fight when you have a student who makes your life difficult or a colleague who's using subtle power games that would sound ridiculous if you described them out loud to someone else.  (Another book that mines some of this territory is Teacher Man, by Frank McCourt, which I reviewed briefly here.)  In the case of this university professor, there's another person making his life miserable, and that is his wife.  A plot summary would sound despairing, but I found this book surprisingly uplifting in its portrayal of a man whose life is lived mostly in his own brain.

Book #6 was Kent Haruf's Our Souls at Night. I loved this poignant story about how desperately we all need love and connection.

Book #7 was Left for Dead: My Journey Home from Everest, by Beck Weathers.  For some reason I have read several books about Everest in the last few years.  I think it began when I read Peak for the first time with my seventh graders.  I have no desire whatsoever to climb enormous mountains, and I get out of breath just reading about what it's like.  Beck Weathers was part of the expedition Jon Krakauer wrote about in Into Thin Air.  (I read it in 2016.)  He was, as the title tells us, "left for dead."  Somehow he managed to survive, though much damaged by his experience. This book is about his recovery, including the recovery of his marriage, which had suffered from his obsession with climbing mountains.  We hear from Beck himself, his wife Peach, their two children, and several of their friends.  There is no sugar-coating of the messiness of the situation.  I was especially fascinated by the connections between Beck's depression and his mountain-climbing.  He found that climbing eased the emotional pain he felt much of the time, and he kept pushing himself more and more as his depression worsened, even as he saw how he was destroying his family.

Human beings are mysterious creatures, aren't they?  I think that's the theme of this set of books, except maybe the one full of Caribbean photos.  I guess I needed that one to recover from the intensity in all the others.
Posted by Ruth at 5:54 PM