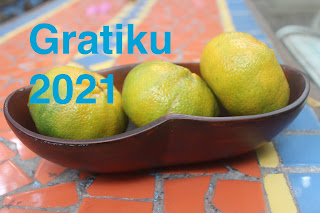 Wireless connection
In touch, Zooming, Messaging,
We are not alone.

They say we won't have the internet much longer here in Haiti, at least for as long as the fuel crisis lasts. Electricity relies on fuel, ISPs need fuel for their generators, everything that needs to be delivered or repaired or maintained needs fuel. (Here's a good article explaining why we have a fuel crisis in Haiti right now.)

As long as the internet works, it's one of the things I'm most thankful for. I remember the fuel embargo of the early nineties here in Haiti. I remember how cut off from the outside world we felt, and really were. Especially when it expanded into a flight embargo, and planes weren't coming, and mail wasn't coming. We didn't have internet then. We didn't have cellphones. We didn't even have a working landline where we lived. For a while we had one where we worked, but it stopped functioning at some point. I remember that when my husband's sister got married, he had to walk to a hotel that had a line he could use to call and congratulate her.

Many things are worse this time around, so much worse that those far-off embargo times feel like the good old days. But one thing that's better is that we are not disconnected. We are in touch. In touch with families and friends. In touch with readers. The sense of being forgotten, while definitely real, is not as intense as it was then. I'm thankful.

Birdtober? Gratiku? What's up with me and these made-up words and daily posting? Well, I've learned that a tiny little burst of creativity each day helps keep me going, stops me from being entirely fixated on the mess. That's why I post daily photos on Facebook. And that's why I'm doing these writing projects. This one is a daily haiku about something I'm thankful for. (A gratitude haiku - get it?) As long as the internet keeps working, I'm going to try to post one every day in November.

I love that your own getaway is poetry, Ruth, continue to read the news and send best wishes to you and to all Haiti for finding a way out of, as you wrote, the mess. Hugs for finding the good in your life!

I am right with you Ruth. I will be posting on IG which will post on FB. The Internet is something to be grateful for in that it keeps up connected.
I pray for peace in Haiti, friend and for your continued safety.

I’m not sure if my comment went through. I am doing Gratiku as well. I hope you continued to have the Internet. Connection is important. Praying for peace in Haiti and your continued safety.

I discovered your blog sometime near the beginning of November, and it has been really nourishing to me here in California where we are not suffering in the same ways. Still, I know several who are under heavy burdens and afflictions of one kind and another, and your gratiku are nourishing to me as I try to be a friend to those dear to me... and to myself!

It occurred to me recently that no matter what I am going through, even if it is outwardly very bad, even if some person is abusing me, if I "in everything give thanks," that response switches the focus of every experience so that it becomes an encounter between God and me.

Thank you for sharing!